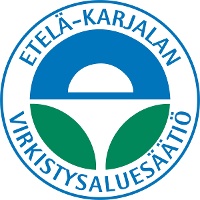 The trail running to Hukkavuori Hill and back down is fairly demanding but worthwhile taking, as the views are splendid and there are pleasant surprises along the trail.

Hukkavuori Nature Trail (Huokkavuoren luontopolku) is a 5-km-long circle trail. You can also trek an additional 3 km to the shore of Kaunislampi Pond. The trail has been marked on trees with yellow paint signs. It takes 3–4 hours to complete the trail, including the breaks. Your footwear should be suitable for the terrain and the weather. There is no campfire site along the trail but you will find a rest spot on Hukkavuori Hill. You also need to be fit and agile to descend from the hill, either along Jaakopin portaat (“Jacob’s ladder”) or with the help of a rope.

It is safest to move in a group if you do not know the terrain or the water area. Before the excursion, it is advisable to acquire the necessary maps and guides and check the weather forecast, particularly when going boating. Wear sturdy footwear and clothes that suit the weather. It is recommended that you take first aid equipment, rainwear, a spare set of clothes, as well as enough drinks with you, particularly in the summer. Remember to wear a floating vest when boating.

In wet weather and in winter, duckboards, rocks and piers can be slippery.

During the snowy season, the trails and routes are not maintained.

Ant egg harvesting is an unfamiliar idea to most people today, but up until the 1950s, it was an important cottage industry in Finland, especially in Karelia. Forested areas such as Ruokolahti had large ant populations and huge colonies. Some ants’ nests could be several metres high. The ants eggs were a valuable export product: the eggs were used for various purposes, including protein powder and pharmaceutical manufacturing in Germany. A single nest could provide a good harvest of this expensive export product. Ant egg harvesting can be explored in various locations, such as the village of Pohjalankila in Ruokolahti. Marjamäki features a harvest site along the Hukkavuori trail. The harvesting started in the week leading up to the midsummer. The bottom of the anthill was excavated in the middle of the night and the eggs were shovelled into a bag. A sieve was used to trap large debris. The next day, the final sorting was done by the ants themselves in an area built for that purpose. This was a flat rock surface swept clean of debris, a canvas spread onto the forest floor, or a purpose-built area or laani, which was marked in the ground using tar. The harvest began by spreading the contents of the bags onto the laani in the morning. The ants would carry the eggs and take them underneath bracken leaves which were placed in the laani. The work had to be closely monitored, because once they had taken most of the eggs, the ants would start carrying debris. Sometimes the ants would go on strike, especially on a hot day. The solution was to sprinkle some water in the laani. The ants would think that it was raining and rushed back to work. |